AEX is the stock market index of Holland based in Amsterdam, consisting of the 25 largest listed companies, regarding their market capitalization. It was introduced in 1983, belonging to the Euronext Group which are belonging the BEL 20, the LISBON PSI-20, and the CAC 40 in France.

Among the categories of the industries that are distinguished within the index are, semiconductors, banking, personal products, and integrated oil & gas.

For many years the index couldn’t exceed its peak in the III Cycle wave in 2000, as the monthly trading chart (log scale) shows, and it formed a sideways correction as of a flat for the IV Cycle wave.  Thereinafter of the 2007 – 2009 crisis, it started a stable upside move, constructing an impulse. The finished part of this impulse is the ((1)) and the ((2)) primary waves of the V Cycle wave.

The unfinished part is the wave after the Pandemic crisis in 2020, which we are not completely sure if this is the first leg of the ((3)) Primary wave, or have been complete the four legs of it, as Intermediate degree waves.

The critical support of the Pandemic at 389,60 as the ((2)) Primary wave, will show us if it can withstand or not during the corrective mood where we are now.

Observing the weekly trading chart (log scale), the correction has approached the end of the wave (4), and when it will break, we will consider that the (4) Intermediate hasn’t been completed yet. Because we are dealing with a third wave, we know from the Elliot Wave Theory that, third waves cannot form any diagonal. Thus, it’s also critical to not have an overlapping into the territory of the (1) Intermediate, because in such a case, we will have to re-measure the whole pattern.

For the time being, let’s keep the main uptrend scenario in the first place, and we ‘ll see the price action in the meantime.

Closer to the daily trading chart (log scale), the index has eventually reached the end of the (4) Intermediate wave, so we will see the continuation in the short term. The peak of wave (1) was at 587,03 points, almost 10% lower than the current price. As we mentioned previously, breaking this point changes the whole counting and maybe the market will turn to the opposite side as a bear market.

Staying though, to our basic uptrend scenario, when this correction is completed in our favor, then the final (5) Intermediate of the ((3)) Primary wave, will climb at least to the 178,6% Fibonacci extension level since the wave (3) has reached the 138,2% extension level of the (1) Intermediate wave. Also, as concerns where the wave (4) is going to fall, the 61,8% Fibonacci retracement is at 644,52 points, and the 78,6% level is at 595,06 points. For such a little few points the market won’t penetrate the territory of the (1) Intermediate wave.

In the alternative bearish scenario, we suggest being careful and as quickly as we can to change our positions from long to short ones. At a first sight, it looks like the first leg of a big zig-zag correction but is about to be confirmed or not. 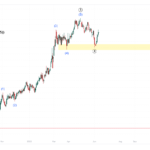 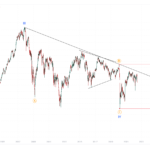