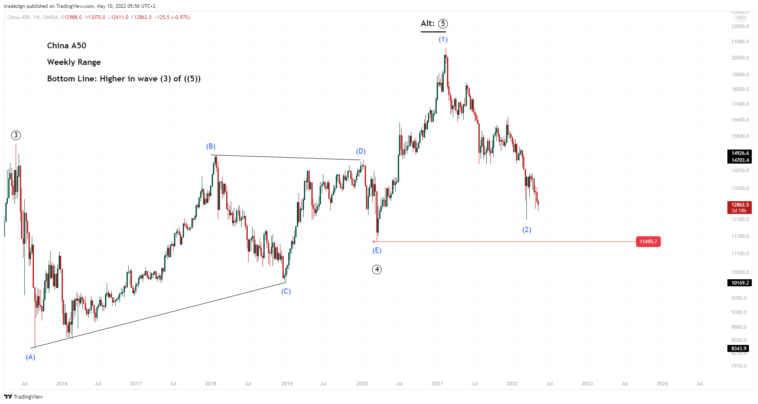 Elliot Wave Analysis for CHINA A50

China A50 is the stock market index of the 50 top float-adjusted capitalization companies in China. The index is traded in two of the three Stock Exchange markets, Shanghai and Shenzhen. The third one is the Beijing Stock Exchange, in which are traded the small U.S listed Chinese firms. The Shanghai Stock Exchange is the world’s 3rd large stock market by market capitalization at US$7.62 trillion as of July 2021. It is also considered the biggest Asia stock exchange.

From the weekly trading chart (log scale) above, we can observe clearer, the formation of (2), which should be an W-X-Y structure, For the shake of supporting the basic scenario, we see this corrective pattern as a double correction, where the W is the first three consecutive waves, the X is the next upward shallow rally, and the Y is the last wave till the end of (2). 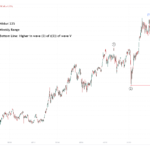 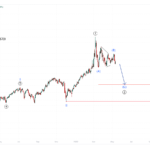