The New Zealand dollar is trading against the Japanese yen, forming a corrective triangle wave B, and it is close to ending its five waves, as prices are now looking for an end to the wave ((e)) at 81.898. and Its decline may extend to more than that, provided that the critical limit is not breached at 82.137. 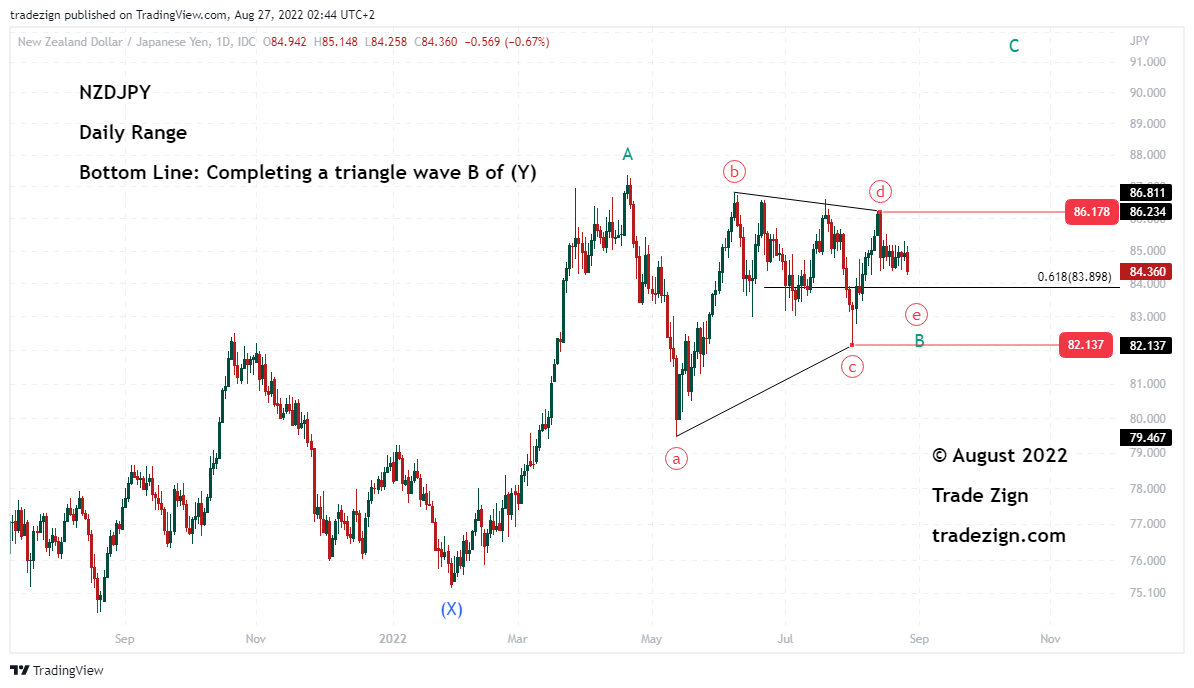 The New Zealand dollar is preparing to rise against the Japanese yen after the completion of the triangle pattern represented by the wave B, to start a bullish impulse trend represented in the C wave, and the first signs of completion of the bullish trend is to break the resistance at 86.178. Only below 82.137 make this scenario is denied.

It is still trading high to end the wave (Y) of ((D)) the 4th wave of the formed triangle, and the critical limit that the wave ((D)) cannot cross is represented in 94.050. 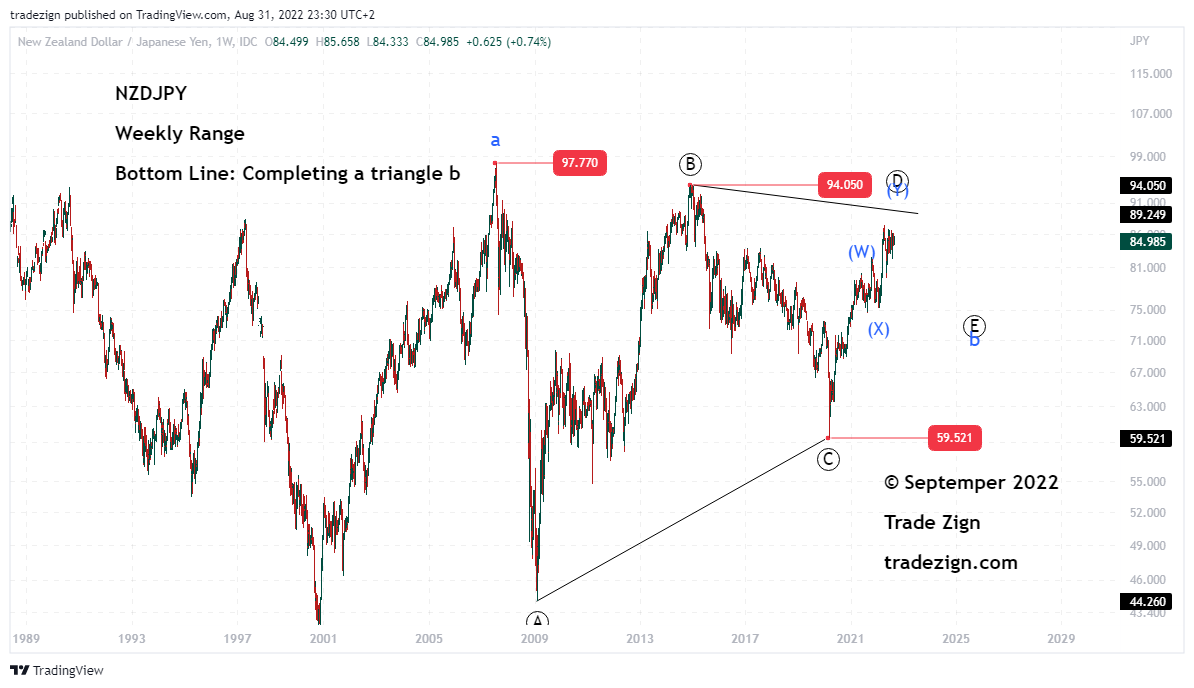 Comes closer to the weekly range, we are looking for more upside to complete wave (Y) of ((D)).