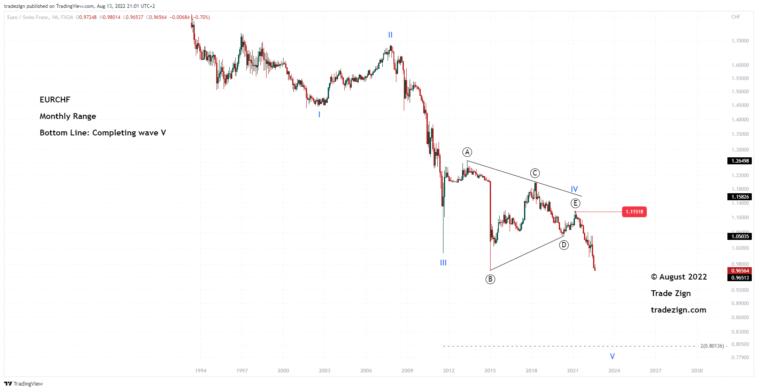 EURCHF is the currency pair between the Euro Zone and Switzerland. According to the Bank of International Settlements, the distribution pair holds 37,3% out of 200% of the global foreign exchange market turnover and simultaneously is considered a Major pair, among the other currency pairs consisting of the U.S dollar, Australian dollar, Canadian dollar, and the British pound.

Observing the monthly trading chart (log scale), the main trend is downward, and so far, the 3 Cycle waves, I, II, and III, have been completed. Against 1,00683 in August 2011, the pair started a bear market rally to construct the first leg of the IV Cycle wave. The second leg as of ((B)) Primary of the IV Cycle wave broke the end of the III Cycle wave, so the option of the IV Cycle was an expanded flat pattern, due to its ((A)) and ((B)), or a running flat or triangle. The ((C)) Primary wave couldn’t exceed the end of the ((A)) of the same-degree wave, therefore the option of the expanded flat was canceled.

Against 1,20052 in a 3-wave sequence mode completed the ((D)) Primary wave at 0,99718 points. Hence, the only option left was a running triangle corrective pattern.  A multi-relationship among the((D)) and ((C)) for predicting the final ((E)) Primary wave of the IV Cycle running triangle wave, according to the Elliot Wave Theory’s guideline is that every consecutive and every of the same direction wave within a triangle might have a 61,8% multiple. 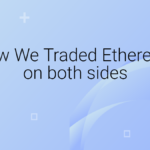